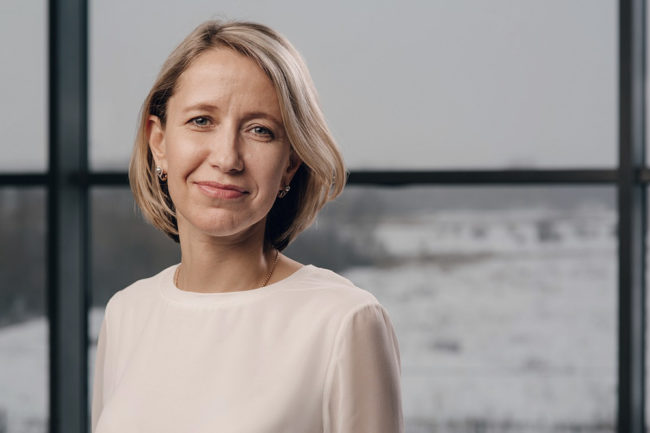 Once upon a time, when there was no KONSOM GROUP yet, there were two groups of like-minded people: one group worked with networking technologies, and the other with software development, starting with 1C:Accounting. They did not know each other and lived in different parts of the city, but one day they crossed paths. When people from the first group got to the level of process control, that is, to the level of the APCS, they understood the lack of software development experience. 1C is far away from controllers, but as it turned out, it was quite easy to relearn. They joined and began to develop process control systems at the data acquisition and storage level. Soon the team moved to work together at 50-letiya Magnitki street and started working not only with technology control systems, but also in projects of dispatching, energy accounting, and, to some extent, production management. The employees developed, gained experience, trained. Soon they got to the investment project – construction of a heavy plate mill for one of our customers, which took 3 years and involved a lot of people and incredible efforts. And just as that project was coming to an end, the idea of designing a Tier 3 systems came to mind. Then our department began to grow.

An ambitious task was set at that time: to make the tools and the system the best in the world. Five years later we could actually say that the system has no analogues.

We stick to the principle: «Not business processes for the system, but the system for the business processes». There are solutions from «big» software manufacturers, particularly Western ones, which strictly regulate business processes. They say: here you should have a controller, here a shipping foreman, and there a dispatcher, and here is the functionality for each of them. If you push the right buttons, it will be like this. Things are a little different in Russia. Although the concepts are the same everywhere, i.e. both they and we have production management, planning, shipment, but from the inside it all looks very different. Here five people from different functional areas handle it, here ten people handle it, and somewhere there is just one person. It was from the point of view of business process flexibility that we created the toolkit in such a way that the customer would not psychologically break down when working with the system. So that he would work as he is used to, but at the same time use a tool that allows him to do it many times faster.

Since we are indigenous contractors, we understand the needs of our clients perfectly, and we know how to adapt to them. All of our solutions are highly customized. That is our main value.

– Does the company meet the requirements for business process continuity?

It does so from morning till night! It’s a day-and-night job, especially during the implementation and piloting phases. The main point of the business process continuity slogan is the information support of production processes in all areas. It does not matter if it is one huge system, two, three or ten – they must be interconnected and work smoothly. KONSOM GROUP always worked in the direction of flexible workplaces formation system. This is precisely in line with the goal of business continuity.

-What is the difficulty in implementing projects?

The scale. For example, since 2016, we have been working in collaboration with a global leader in planning systems. It was not a project, but a project portfolio for the client. It included all the plant’s workshops, the entire complex of a huge holding. Fifteen years ago, the task of planning a production chain for seven workshops was impossible because such facilities were not available. Even in today’s world, when it seems that capacities are available and serious forecasting software is available, it is still quite difficult to carry out such an idea. The customer’s project portfolio included the reference data creation – a huge task that took us eight months to complete, over three hundred reference books, heaps of dependencies – and the route generation system, which determined all possible production options.

Many of our projects last for several years, and at some point, fatigue naturally builds up. This is an inevitable psychological factor, it is normal. How do we handle this? For example, our programmers can take out special blankets during the working day, cover monitors, keyboards and computer cases with them, take out their airsoft guns and start shooting.

And this is just one way of psychological decompression when working with a customer. Thanks to our governing body, they suggested to organize team-building activities. We went out together to cook food, learn to draw, and sculpt clay (by the way, it was our men’s gift to the female half of the department for March 8).

There was a certain point on one of the projects when the main parties were a bit at a standstill, tired. Then, at the customer’s initiative, we went into the woods. It was not teambuilding in the classical sense; rather, it was a business game that lasted two days with food and music. It was not until the middle of the second day that we realized that no one could win the game if we did not work together. It was organized so well that when everyone realized this thing, we started to work together and achieved the result. The organizers told us at the time that we are rare people because usually everyone just wants to win. It was cool.

– Can we say that MES system is a production management system?

Earlier the automation pyramid looked like a triangle: at the bottom, there were various sensors, then the process control system, then MES and then ERP. There was a clear horizontal division, Yes, there has to be a link between them, information has to go from the bottom to the top and vice versa, but horizontally these are completely separate layers, and the modern world is not like that. Now there are ERP systems that take information straight from the sensors, that is, from the lowest level to the highest level, where it is already converted into some numbers. Now there is no clear separation, and so there is a demand for systems that can solve specific business problems. There is a business problem: I want to know the production cost. Whereas previously this required four different assignments, now one person is told: give me a system that allows me to calculate the production cost. As such, MES systems will certainly exist, but they should not be called a production management system, rather a kind of constructor.

Now we are moving towards a set of functional modules creation, including MES functionality. A single platform that will allow communicating with any existing elements in the enterprise. The specific modules required by the customer will simply be «stitched» onto it, and the customer will receive a comprehensive automation, with one product, one interface, one system appearance, one access control system. Globalization – that is what it is now called.

For a long time, we have been actively involved, we have designed, we have grown to planning system designing, forecasting and optimization systems. We have been working with mathematicians, with institutes for a long time, our friends are all around! Now we are moving towards creating a new system product. I will not reveal any details, we will tell you about that later, but I will say one thing: our new solution will make it possible to deploy production management modules quickly and with high quality. 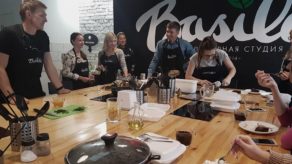 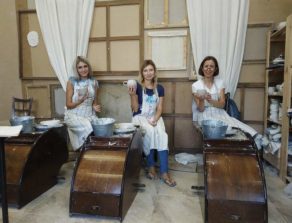 This Privacy Policy of personal information (hereinafter — Policy) applies to all information which the legal person CJSC “KonsOM SKS” (PSRN: 1027402173050, Taxpayer’s No 7445015325, Legal Address: 455008, Magnitogorsk, Chelyabinsk Region, Russia, Zhukova Str., 13) and/or his affiliated persons, can get about user during his using the site им сайта CJSC “KonsOM SKS”. Using the site means user’s unconditional acceptance with the Policy and described therein processing conditions his/her personal information in accordance with the legislation in force in the RF. In case of disagreement with these conditions the user should refrain from using this resource.

1. USERS PERSONAL INFORMATION, WHICH IS COLLECTED AND USED BY CJSC “KONSOM SKS”

1.1.1. Personal Information that a user provides about himself independently at registration (creating an account) or during using of the site CJSC “KonsOM SKS”.

1.1.2. Data that are automatically transferred to the Portal in the process of using it is installed on the user’s device software, including IP address, information from the user’s browser (or another program, which is used to access the site CJSC “KonsOM SKS”), access times, requested page address.

1.1.3. Data that are provided the site CJSC “KonsOM SKS” in order to implement service delivery /works and/or sale of the goods and/or providing other values for the sites users according to the resource activity:

1.3. All the trademarks using on the site belong to their owners. Using the logos he site CJSC “KonsOM SKS” lead in no way economic or any other benefits of using them. graphic and text elements of trademarks are used for information purposes only and could be removed with the complaint by the right holder.

2.2. The user’s personal information can be used for the following purposes:

2.2.1. Identification of the party in the context of agreements with the site CJSC “KonsOM SKS”.

2.2.2. Providing the user with personalized services, goods and other valuables.

2.2.3. Communication with the user, including sending notifications, requests and information regarding the use of the site, the provision of services, as well as the processing of requests and applications from the user.

2.2.4. Improving the quality of the site, the convenience of its use, the development of new products and services.

2.2.5. Conducting statistical and other studies based on the data provided.

2.2.6. Transfer personal information to third parties to implement the activity of the resource (for example, courier delivery, transport company and others).

3. CONDITIONS OF PROCESSING USER PERSONAL INFORMATION AND ITS TRANSFER TO THIRD PARTIES

3.1. The site CJSC “KonsOM SKS” stores users personal information in accordance with the internal regulations of the specific service.

3.2. In respect of user’s personal information is kept confidential, except in cases of voluntary provision by the user of information for public access unlimited number of persons.

3.3. The site CJSC “KonsOM SKS” has the right to transfer user personal information to third parties in the following cases:

3.3.1. The user expressed his consent to such actions, by consent expressed in providing such data.

3.3.2. Russian or other applicable legislation within the statutory procedures provides the transfer.

4.1. The user can at any time change (update, supplement) the personal information or part of it, as well as the parameters of its confidentiality, leaving the application to the Website administration:

4.2. The user can at any time withdraw his consent to the processing of personal data, leaving an application to the site administration:

5.1. The site CJSC “KonsOM SKS” takes necessary and sufficient organizational and technical measures to protect personal information from unauthorized or accidental access, destruction, alteration, blocking, copying, distribution, as well as from other unlawful actions with it by third parties.

6.1. The site CJSC “KonsOM SKS” has the right to make changes to this Privacy Policy. When making changes to the current version, the date of the last update is indicated. The new edition of the Policy shall come into force from the moment of its placement at the site CJSC “KonsOM SKS”, unless otherwise provided by the new edition of the Policy. The current version is on the page at: /en/about-us/privacy-policy/

7.1. All suggestions or questions regarding this Policy should be directed to Email address: cmo@konsom.ru